It is with indignation shock and dismay that the collective CTECNA to read a webcast poster or a set of " associations" bring their support to twelve charged with inciting Semitic racial hatred on trial in Colmar call tomorrow October 16, 2013 .


It is with indignation, shock and dismay that the collective CTECNA http://antisemitenonmerci.blogspot.fr/ to read a webcast poster or a set of "associations" cultural Marxists or islamomarxistes bring their support to twelve charged with inciting racial hatred Semitic passing judgment on appeal in Colmar tomorrow October 16, 2013. ( Copies of the poster ICI. et Là) .


The formation of ultra left EELV represented by Ms. Djamila Sonzogni , Alsace Regional Councillor , Councillor of Mulhouse, also called shamelessly to show at the hearing to support the proclaimers of hatred charged from 8am before the Court of call Colmar ICI  . LICRA is a civil plaintiff in the trial, with a host of other organizations fighting against anti-Semitism , including the National Bureau of Vigilance Against Anti-Semitism . If the plaintiff is LICRA it is not trivial and confirms , if it were needed, that the proclaimers activists Semitic racial hatred are not prosecuted only for a single obstacle to economic activity. It should be noted of course the notable absence of MRAP , but you are certainly aware that this ultra- left Marxist whose close ties to the Communist Party no longer doubt association will not be a civil party in such proceedings , since it vehicle itself the most foul anti-Semitic racial hatred.

One of their activist Mr. Maurice Winnykamen knows he writes : " MRAP distils hatred of Jews in general" how you want a movement called " racist " and vehicle hatred of Jews is a civil party trial in which the accused profess the same Marxist and anti-Semitic ideology nauseous ?
The MRAP is a Marxist movement and Marxism vehicle gross hatred constantly. And it is not us who affirm but one of their activists.

These forgers of history better than words embody this phrase from Winston Churchill : " The fascists of the future will call themselves anti-fascists ," not to mention that of Léo Ferré : "Socialism is the antechamber of fascism ." And I said out loud that some of today's anti-racism are racist tomorrow !

I would like to draw your attention dear readers on the case history professor Henry Eichholzer activist Mulhousien of AFPS (Association France Palestine Solidarity 68) , direct offshoot of the Communist Party says French . After several months of investigation found that the CTECNA Mr. Eichholzer was sentenced to four years in prison by a district court in Tel Aviv March 14, 1984 for collaborating with the PFLP to prepare for a terrorist attack against the government round in Tel Aviv , the PFLP is an organization placed on the official list of anti-Semitic terrorist organizations. In the first instance these carriers of hatred had been released the court is not aware of the pedigree of some of these activists.

The demonstration outside the court or they try to obstruct justice will be preceded today a conference or " testify " Michel Warchawski , be called a friend of the " peace" in 1989 was sentenced to twenty months prison for " services to illegal organizations" , namely the communist organization Popular Front for the Liberation of Palestine Criminal George Habash , Palestinian armed movement , nationalist and Marxist author of a host of terrorist attacks including the Orly is a terrorist movement placed on the official list of terrorist organizations in the European Union. Beautiful reference that advocate peace there! Nice reference to an association called " Catholic ."

Icing on the cake of hate Sieur Warchawski was from September 2008 to April 2010 , a columnist in the satirical anti-Semitic newspaper Sine Hebdo .

And there's the other defendants as Mr. Mohamed Akbar ( Citizen Afghan and 'worker' office in France ) of the REDA Association ( Reflections, Debates and Exchanges in Alsace Association , also known as the "dynamic" Muslim presence ) Muhammad is friend of the alsaturc Zeynel Cekici , Web master the Muslim anti-Semitic revisionist Mulhouse multi recidivist racist hate alter Info . The alliance Islamic Marxist anti-Semite is once again highlighted. Finally there is Mr. Jacques Ballouey Europe Ecology Greens 68 without forgetting some Party members Indigenous of the Republic (see here Voir ici) and the Left Front .

I argue here that posted on the Internet and advertisements made ​​in the press by the proclaimers of anti-Semitic hatred especially in the newspaper Alsace sharing ideas foul 12 Mulhouse charged with inciting racial hatred with anti-Semitic more than a hundred activists Semitic throughout France are behind in their hate speech anti-Semitic murders committed on Jonathan Sandler , 30, his two son Gabriel and Arieh , 4 and 5 years , and the little Myriam Monsonego , age 7, daughter of the director of the school Ozar Hatorah Toulouse committed by Muslim Mohamed Merah who claimed to be a mujahideen ( a Muslim warrior of Allah ) , and wanting to avenge Palestinian children. More here : After the liberation of racist speech the acting out ! Excerpt: " Today in Alsace , Rachid Zennir an offender aged 40 repeat offender was sentenced for uttering vile anti-Semitic remarks against a shopping Vendenheim February 8, 2012 (...) The Board of Lycra ( international League against racism and Anti-Semitism ) , said that the defendant " has reiterated its serious anti-Semitic speech to the police " who auditioned three days after the fact. "He told them that he had " not usually let piss by settlers , "says Mr. Maud Nisand .... "( Settlers ? In Alsace? )

When Muslims racist and anti-Semitic offenders Zennir and Rachid Mohamed Merah listened slogans African fish by " anti Zionists" of AFD , EELV , the PCF, the Dynamic Muslim presence , LDH , the MAN , ATTAC of CCFD -Terre Solidaire real - hawing fire of hatred obligingly relayed by the media as cultural Marxists " ISRAEL ASSASSIN ", " STATE OF ISRAEL STATE CRIMINAL " or when they heard Mahmoud Suleiman, the mayor of the village of Palestinian Al - Masara near Bethlehem visiting Paris , screaming in a supermarket Carrefour with these friends in Evry BDS July 4, 2009 in a boycott action : "By purchasing these products you support so that the Israeli army kills Palestinian children , so you should boycott Israel you need to stop buying Israeli products because each equivalent to a bullet that will kill a child in Palestine. The weight of words and shock foul antisemitic ideas extremist activists AFD received did their work in the unconscious Muslims Zennir and Rachid Mohamed Merah . It is "logical" that is good "Muslims" who have wanted to " avenge " the "children" Palestinian victims well on " Jewish settlers "! See also here Here in French.

October 31, 2009 in Alsace under the title " Palestine reaction to boycott Israeli products" CRIF was one the following statement:
"The Israelite Consistory of the Upper Rhine , the B'nai B'rith Association of Colmar and Mulhouse Alsace CRIF react to articles on the arrival of Palestinian farmers in the region ( Alsace on 17 and 20 October 2009) : "We respect those who are to work to defend the Palestinian people and their right to a state . However, on the sidelines of the event, we are shocked that a humanitarian event is derived by a virulent anti-Zionism calling for a boycott of Israeli products - boycott which is punishable under Article 225-1 of the French penal code changed . The intention to bring farmers is commendable, but the manipulation in Zionist propaganda machine generating hatred does not go in the direction of encouraging peace and reconciliation . "


Martine Aubry, former first secretary of the Socialist Party at a dinner held on November 8, 2010 by the Representative Council of Jewish Institutions in France ( CRIF ) , was declared "I think those who advocate a boycott is the wrong battle : the rather than bring peace , they are intolerance, hatred they bear . And when you want a path of peace , we do not start wearing it . ".

Alain Finkielkraut , Bernard -Henri Lévy, Pascal Bruckner, Mohamed Sifaoui , Yann Moix , Bertrand Delanoë, the President of the Republic Mr. Hollande , Anne Hidalgo , Jean -Marie Le Guen , Minister of the Interior Manuel Valls , Yvan Attal Pierre Arditi, Michel Boujenah , Patrick Bruel, Bernard Murat , Pierre Lescure , Dominique Sopo SOS Racisme , Arielle Schwab ( UEJF ) Georges Bensoussan and Frederic Encel are indeed signed a document entitled "The boycott of Israel is a worthy weapon , "in which it is stated : " We are convinced that the boycotters are wrong battle by taking advantage of censorship rather than peace, the separation rather than the possible and necessary coexistence - that , in a word , hate , not the speech and shared life. " 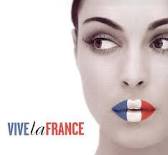 Copyright 2013. News Agency AIS (International Accreditation System). (Trade Mark) Technical Secretariat of the Association for the Defence of the French identity.
All rights reserved.
This material may be published, broadcast or redistributed in measuring the citation of the source.
A spelling mistake, an error report? A clarification? Sub to send us? Write to: frenchlibertarian@gmail.com